Herniated disc is a condition in which the outer fibers (annulus) of the intervertebral disc are damaged causing the soft inner material of the nucleus pulposus to rupture out of its space. A herniated disc, common in the lower back (lumbar spine) occurs when there is a tear in the outer lining of the disc (annulus fibrosus). This causes the inner jelly-like material (nucleus pulposus) to leak out and place pressure on the adjacent spinal nerve root. It is the most common cause of low back pain and pain that radiates down the leg (radiculopathy).

Proper diagnosis of the condition requires a complete medical history and a careful physical examination by your physician. Some of the additional diagnostic tests your doctor may suggest include:

Epidural Steroid Injection (ESI): ESI can be considered if the pain is intolerable even with medications and rest.

Lumbar microdiscectomy is a surgical procedure done to remove a herniated part of the disk and any fragments that are putting pressure on the spinal nerve. This surgical procedure involves use of a surgical microscope and microsurgical techniques to gain access to the lumbar spine. The microscope magnifies and illuminates the area of operation. Only a small portion of the herniated disc that pinches on the nerve roots is removed.

Herniation of a disc is an anomalous spine condition characterized by leakage of the inner contents of the intervertebral disc, due to cracks in its outer wall. Herniated disc is commonly seen in the cervical or neck region, a condition called cervical herniated disc (CHD). CHD is followed by arm or neck pain that may arise due to compression of the spinal nerves by the protruding disc material. This condition is frequently reported in people between 30-40 years of age as well as elderly people. Treatment of CHD begins with conservative (non-surgical) methods, as reports show that around 90% of patients may return to normal activity by employing these interventions for at least 6 weeks. The patients which are not experiencing benefits from conservative interventions are recommended for surgery.

The cervical region consists of 7 cervical vertebrae (C1-C7), with intervertebral discs between each vertebra that function to provide flexibility to the back bone. Intervertebral discs are soft, compressible structures consisting of a hard-outer ring called the annulus and a gel-like center, called the nucleus.

The foremost causes and risk factors involved in the development of cervical herniated disc are advanced age, trauma or injury, abrupt neck movements, smoking and genetic factors. The usual symptoms associated with cervical herniated disc are pain and numbness in the neck, shoulders, chest, arms, and hands, followed by weakness in the associated region.

Surgery is recommended for those patients who are not responding to non-surgical measures. Moreover, numerous other factors such as patient age, other medical conditions, previous neck surgeries, and duration of suffering are considered, before making the decision to have surgery. Highly advanced surgical techniques such as anterior cervical discectomy and fusion (ACDF), artificial disc replacement and posterior cervical discectomy, have shown tremendous results and explore a new era of cervical herniated disc treatment. Due to further advancement in technology, discectomy can be performed through minimally invasive techniques that employ a small incision for the operation. These advanced techniques have diminished recovery time, followed by an improved success rate. 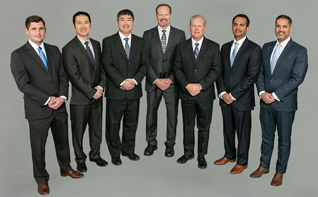 patient eDUCATIONDiscover Our Areas of Expertise
View All
Patient Resources